5 Recipes When Wellness Seems Out of Reach

5 Recipes When Wellness Seems Out of Reach

I got a frantic call from a friend over the weekend.


A woman we both knew had been diagnosed with C-Diff. The pharmaceuticals weren't working. She was losing weight and strength quickly and everyone around her was deeply concerned.

While C-Diff is hopefully something that very few of us will ever have to deal with (it is brought on when a strong dose of antibiotics are taken, which then kill the beneficial bacteria in the gut, leaving the body open to infection by Clostridium difficile), there have been so many stomach flus and bugs this year that I thought it might be time to revive the lost art of... invalid food!

(I know this is terribly unexciting to both your eyes and your taste buds, but having this information on hand when you need it can be a game changer.)

If you've read your Victorian romances, you'll remember that the dying heroine always has someone offering her a sip of Barley Water to wet her throat or spooning gruel past her parched lips.

Healing recipes are no longer learned at our mothers' knees, but they're still well worth having in your repertoire.

Helping someone stay nourished and hydrated is a big step toward helping their body have the strength to heal.

I have 5 very simple recipes I turn to when someone is ill:

Most grocery stores will have barley in some form-- get what's available. If it says "pearled," that means the outer casing has been removed. If possible, try to get unhulled, which is sometimes called "pot barley."

Bring the water to a slow simmer and keep it barely bubbling until the barley begins to soften. Put a lid on the pot and let it sit off the heat for 20 minutes (you can use a slow cooker instead of doing this on the cooktop if you prefer). Strain out the barley and drink the water (as much as you want).

Barley water is cooling (so great for a fever or inflammation). It is also very nurturing to the intestinal tract.

Add lemon and honey or some mint or ginger to taste.

If you have Celiac, move on to recipe #2. If you have a gluten intolerance, experiment with barley at some point when you're not sick.

I've been off wheat for 20 years and over the years, as "gluten-free" has become an accepted moniker, have started using that term for ease of understanding. But the truth is, I am not gluten intolerant, I'm wheat intolerant. Our wheat has been bred to have an incredibly high gluten content. The levels in barley are completely different. You can read more about barley here.

Bone broth is rich in minerals and collagen. It is easy to digest and is a panacea for the whole body.

My recipe for chicken broth is here, and there are a bunch of great options for bone broth as well as cooking tips at The Nourished Kitchen. Additionally, there are many pre-made bone broth options these days. Just be sure to look for grass-fed or organic.

If someone is vegetarian:

I have them get miso as a nutritive option. Miso is a fermented food which is easily digested and rebuilding for the gut. You can buy it as a paste which is added to broth or already made from a local Japanese restaurant. Buy a few containers so you can keep sipping!

You can get this powder at Herbiary or a health food store and make it into a gruel in the same way that you would make cream of wheat (i.e. gently simmer in water until the water has evaporated to the desired consistency).

Slippery Elm is endangered, so I save this for severe intestinal issues or for people who have lost a great deal of strength. If need be, you could live on Slippery Elm gruel for quite some time; it's nurturing and soothing, helps rebuild the mucosal linings that make up the intestinal walls, and tastes vaguely like maple syrup.

Any flavor that sounds appealing!

Congee is a rice porridge that is eaten in Asia.

It's a wonderful vehicle for herbs and medicinal mushrooms. It is also very soothing to the stomach, so it's wonderful for someone who is under the weather. Here's what to do:

Rinse the rice in a colander.

Put the rice in a saucepan with a heavy bottom. Put in water and rice and bring to a boil. Reduce the heat to low, partially cover, and simmer for 1 hour (stirring occasionally). The liquid will become thick and porridge-like.

Put rice and water into a crock-pot and cook overnight.


It's smart to keep some of these basic ingredients in the house so that you have what you need if you suddenly find yourself queasy. I freeze bone broth to have it on hand for just such emergencies. Because, really, who wants to run to the market when their belly aches?

When I originally posted these recipes on maiatoll.com, readers and I shared experiences and suggestions. I wanna pass a couple tips from those conversations along in case they can help you:

1. Others have reported to me that Saccharomyces boulardii (which is not a probiotic exactly, but is found in the same spot at the health food/grocery store) is especially helpful.

2. Jeri asked about the Barley Water and how to drink it and preserve it. You can drink barley water “at will.” Just pay close attention to your own body and how it's responding. Barley water can absolutely be sipped on cold. Store it in the fridge and throw away any that is more than 2 days old because it doesn’t have anything in it that acts as a preservative. 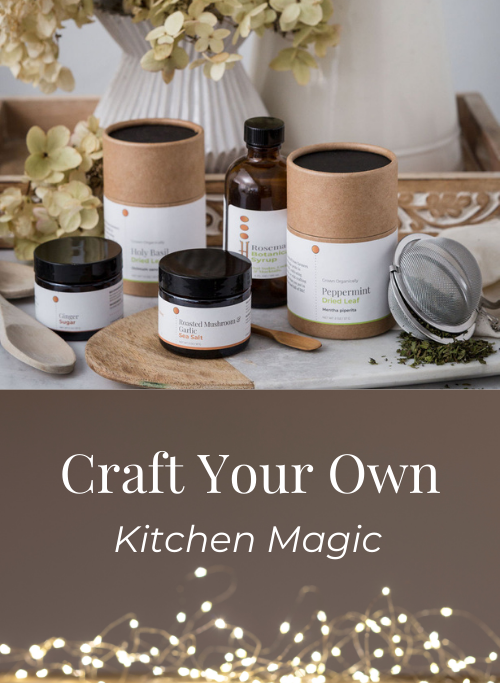